St. Andrew’s church in Lipnica is over 650 years old. It was erected by a decree of King Casimir III the Great in 1363. The 14th century was a period of intense development for Lipnica Murowana. Therefore, the church of St. Leonard was not spacious enough to accommodate the needs of the thriving local community and a bigger, masonry one was built. Despite numerous fires and damages, the church retained its gothic shape. Its walls made of sandstone are whitewashed on the outside.

You can see it for yourself taking a look at the outer buttresses, called szkarpy, that support the whole structure. The wall reaches 210 cm at its widest. The roof was shingled, and is now covered with tiles. It is finished with a ridge turret and a clock tower with a campanile.
The contemporary appearance of the church is the result of multiple actions concerning its reconstruction. It is also a symbol of the constant efforts of subsequent generations of the citizens of Lipnica, their generosity and hard work for the local community and its temple.

In the St. Andrew’s church you can see one of the most precious treasures of sacral art in Małopolska Region. It is the figure of the Beautiful Madonna and Child from 1370, a gift from King Casimir III the Great for the parish in Lipnica. Art historians call it the predecessor of all other Madonnas in the Małopolska Region because it is much older than the majority of medieval representation of the Mother of God preserved in the region. It is older even than the famous Madonna of Krużlowa kept in the collection of the National Museum in Cracow. 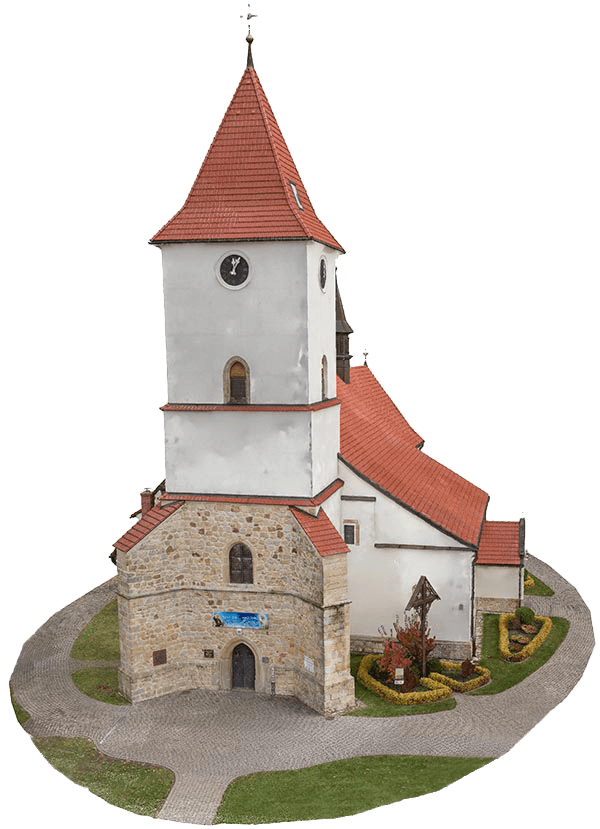