The royal village of Binarowa, founded by Casimir III the Great in 1348, was given its parish church at the beginning of the 15th century, a wooden building which was damaged at the end of the 15th century (probably burnt in 1493). The present church is a log building (i.e. a structure built with horizontal logs interlocked at the corners by notching and such buildings were erected without the use of nails) and was constructed at the turn of the 15th and 16th centuries. It consists of a rectangular nave and a narrower chancel closed on three sides, the whole interior is covered by ceilings, and the nave’s ceiling contains zaskrzynienie (a structure that looks like suspended chests consisting of extended beams of the upper part of the chancel’s side walls). The tower, erected on the western side in 1596, using a set of posts which support the beams, is the oldest preserved extension of this type of wooden church in Poland (most towers of this type were erected in the 17th century).

In 1601, the building was decorated with murals on the outside, which were later covered by boarding. The years 1641-1650 saw the addition of the Guardian Angels’ chapel and the matroneum, enlarged windows and a mural decoration. The restoration works carried out in the church from the end of the 19th century finished in 1908 with a decision to cover the temple with metal sheeting and yellow-painted boarding, which distorted and disfigured the external appearance of the building. In order to support the weight of the metal sheets, arcades on columns were built inside the church. At the turn of the 20th and 21st centuries, the metal sheeting was removed and the tower roof reconstructed, with shingles making a return onto the roof. In 2003, Piotr and Tadeusz Łopatkiewicz found a sketchbook by Józef Mehoffer (1889) in the collections of the Jagiellonian University Museum. It contained a drawing of the church in Binarowa, thanks to which we know that the reconstruction of the western part of the church was carried out in a remarkably accurate way. In the same year, the church was added to the UNESCO World Heritage List. 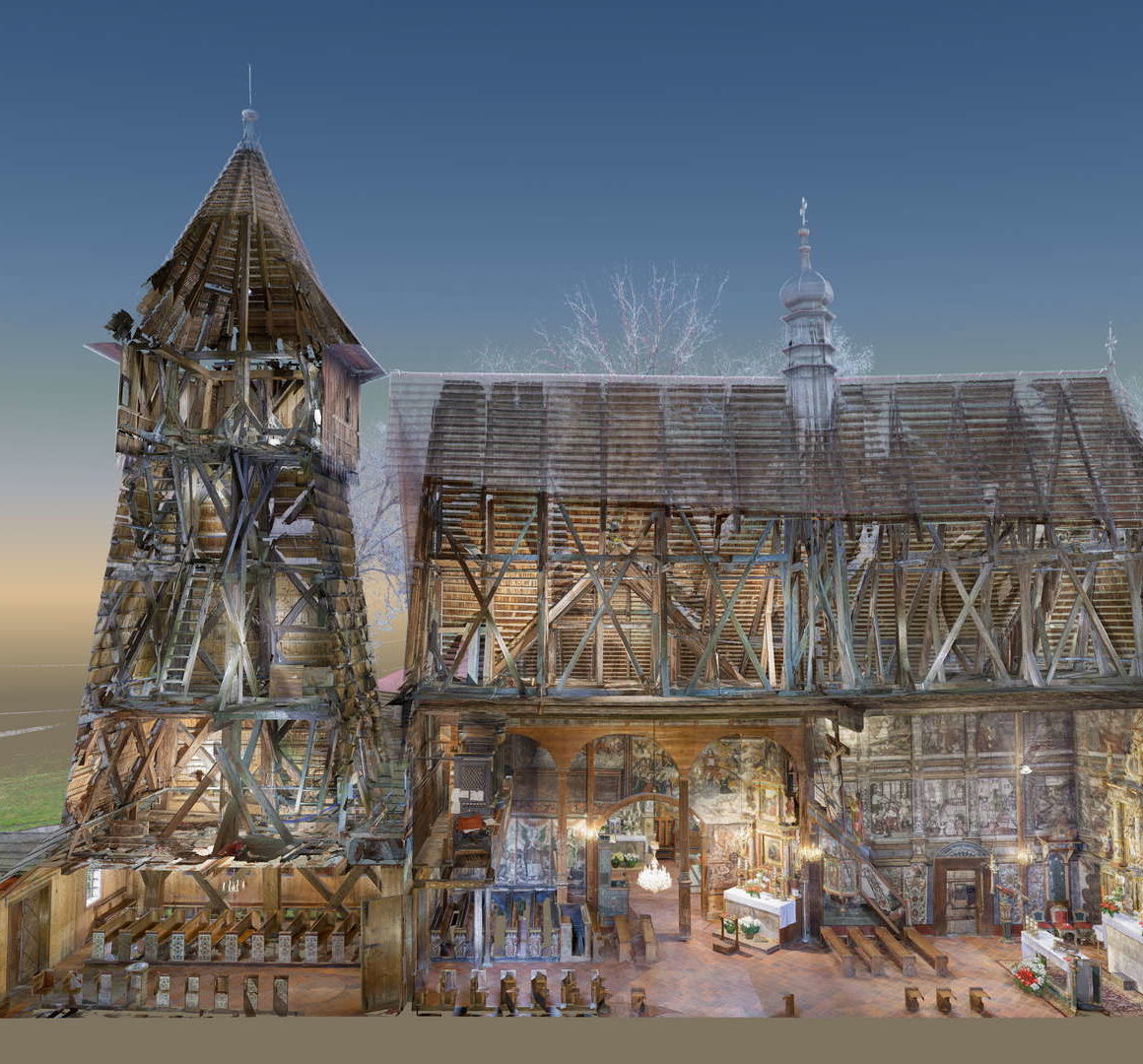 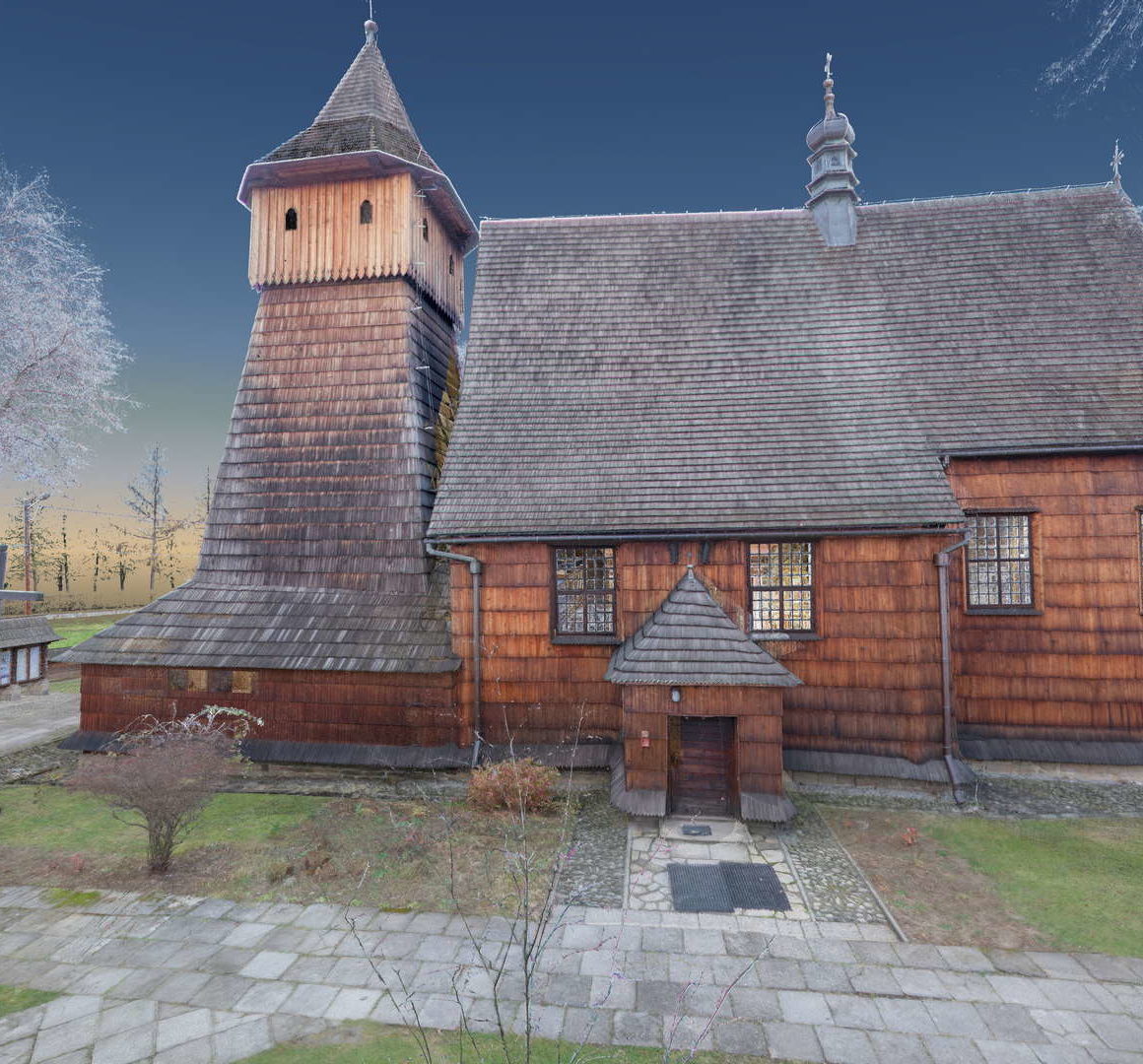 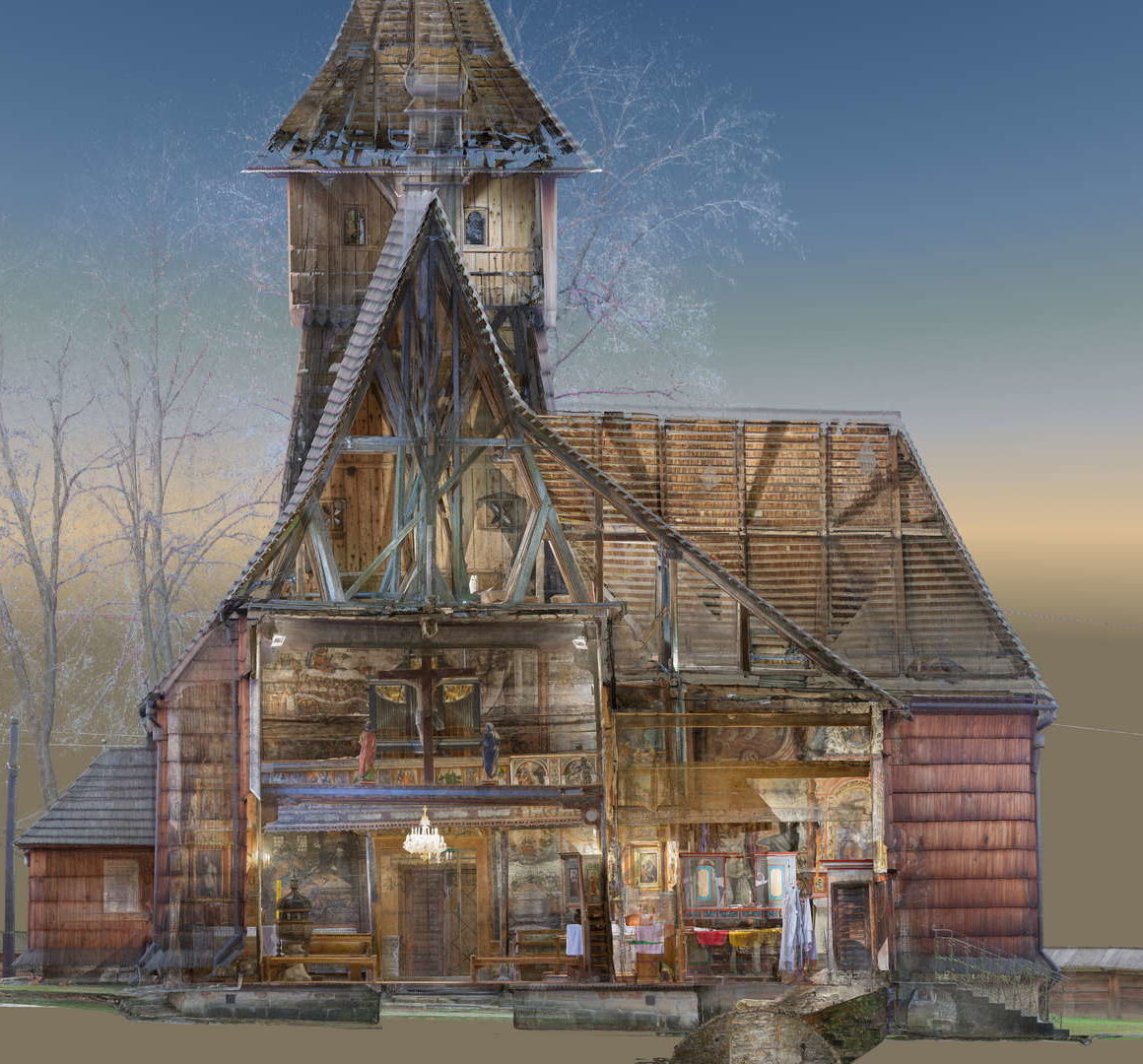 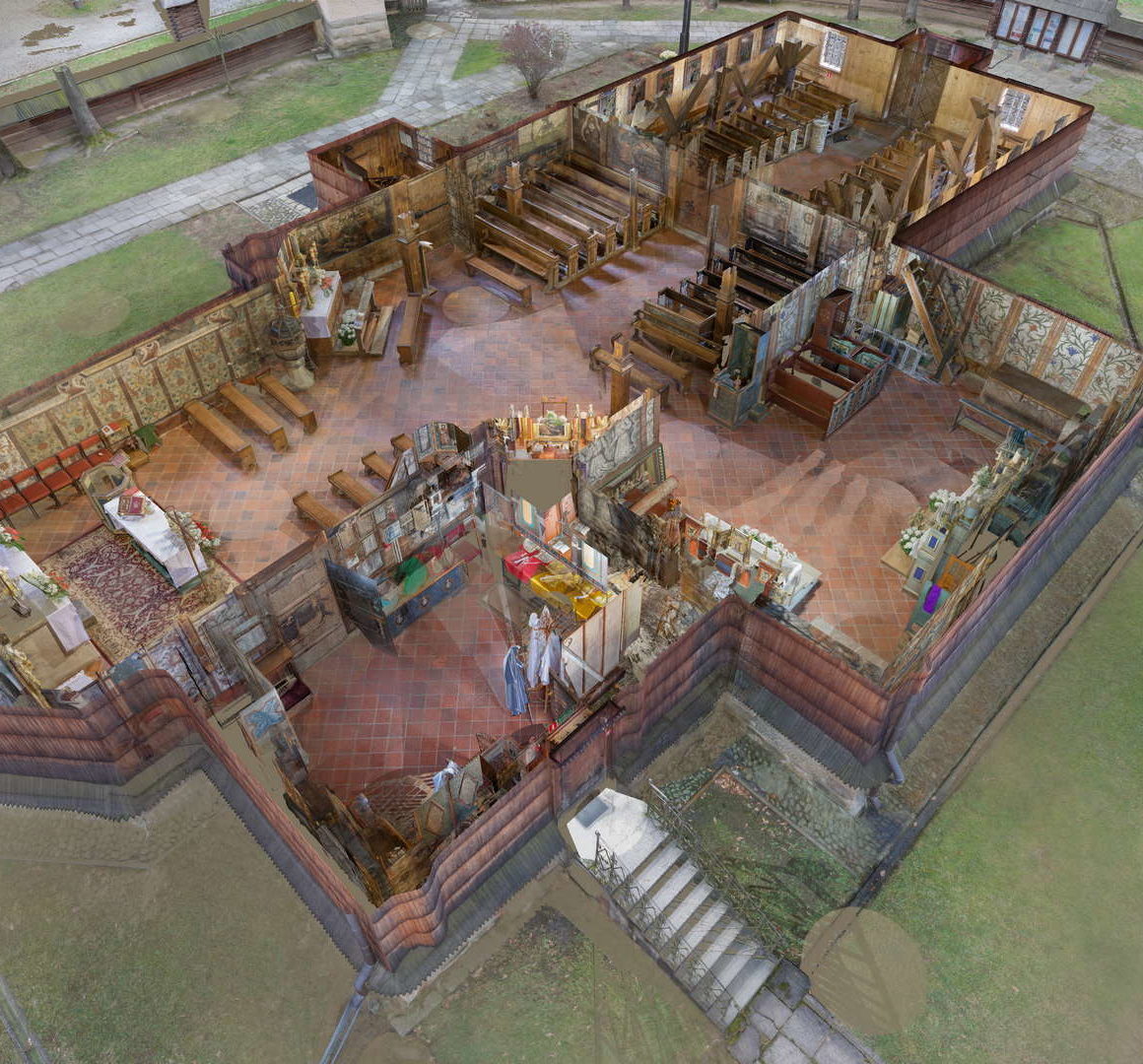 Fun fact – inscriptions inside the church.

How do we know when the church in Binarowa and its interior was reconstructed or changed? Some of the dates are simply known from inscriptions that can be found in the building itself. The date ‘1596’ was placed on the south-western tower column, several dozen centimetres above floor level, and is the year when the tower was built.

The south-eastern corner of the outer wall of the nave holds an inscription reading Painted in 1601; it is not unlikely that, at the same time, the southern wall was connected with a morgue, referred to as “new” in the sources from 1602. At the time, morgues in church cemeteries were buildings used to store bones dug from the ground while preparing new graves, however, after the liquidation of cemeteries in the 19th century, some of those buildings were dismantled. On one of the beams in the upper part of the tower, we can see the engraved date 1646 and the name Mathias, who may have been the carpenter that built the tower’s finial.

The letters in the late Gothic decoration of the ceiling that are possible to decode are M, K and B, which may be the initials of the artist, who in some publications was referred to as the Monographist MKB. The ceiling was decorated with patterned paintings (i.e. created using templates) in the early 16th century. The post supporting the matroneum carries the inscription: ‘RESTAURATUM A.D. 1.6.4.1.’, and the letters: ‘I. K. P. B.’, which may indicate that the main part of the 17th-century church works was carried out on the initiative of the Binarowa parish priest, Jan Kaniowski (Latin: Ioannes Kaniowski Plebanus Binaroviensis). Under the beam that crowns the matroneum, there is an inscription: ‘COLORIBUS EXORNATUM FOELICITIER: ANNO DOMINI. 1643. MAY. 23.’

In the chancel, there is the date 1650. The sacristy bears the date ‘1670’ and the inscription ‘IGNI M PH B P B.’, which may refer to another local parish priest, Ignacy Markowicz, Bachelor of Philosophy (Latin: Ignatius Markowic Philosophiae Baccalaureus Plebanus Binaroviensis). 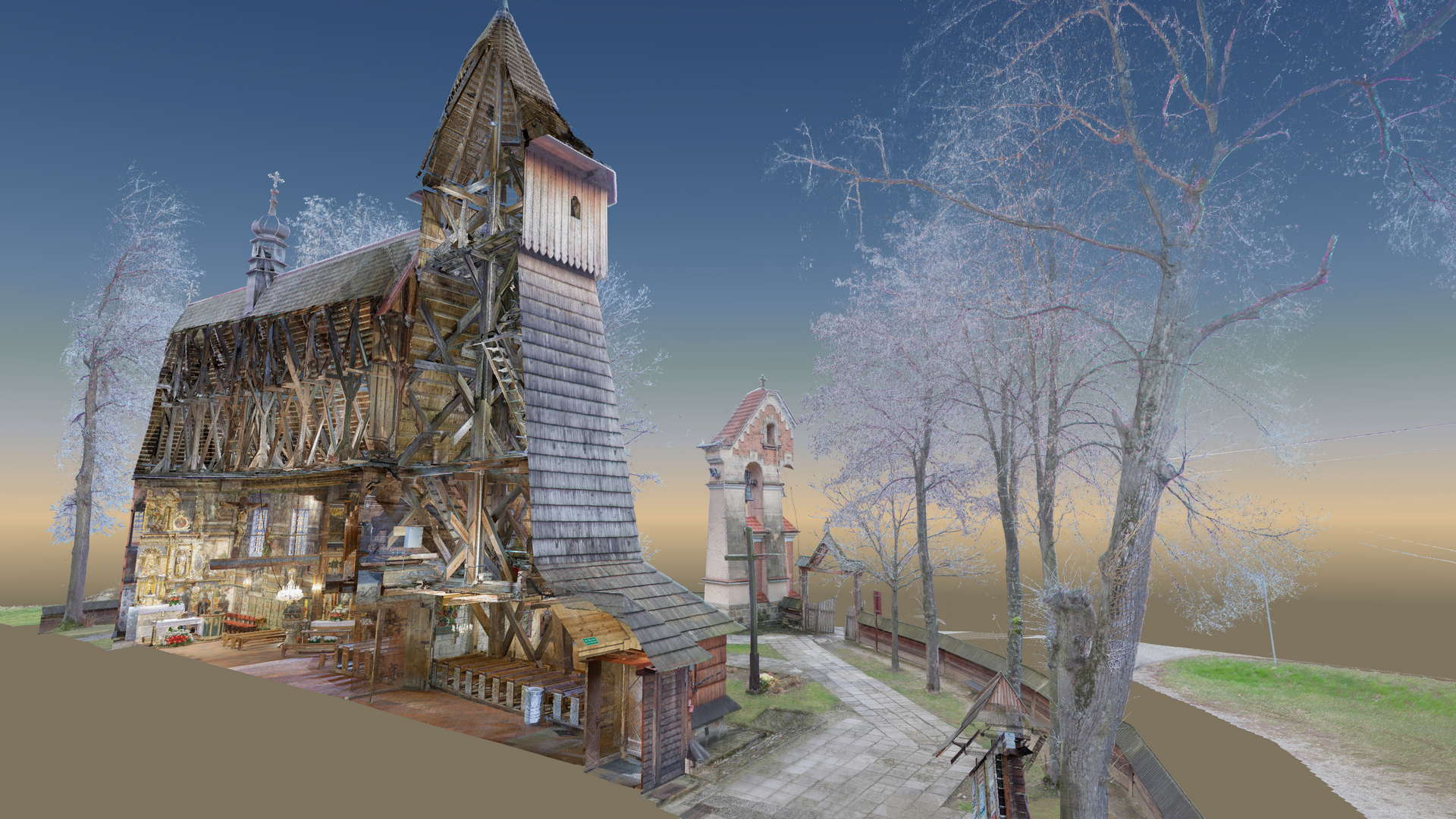 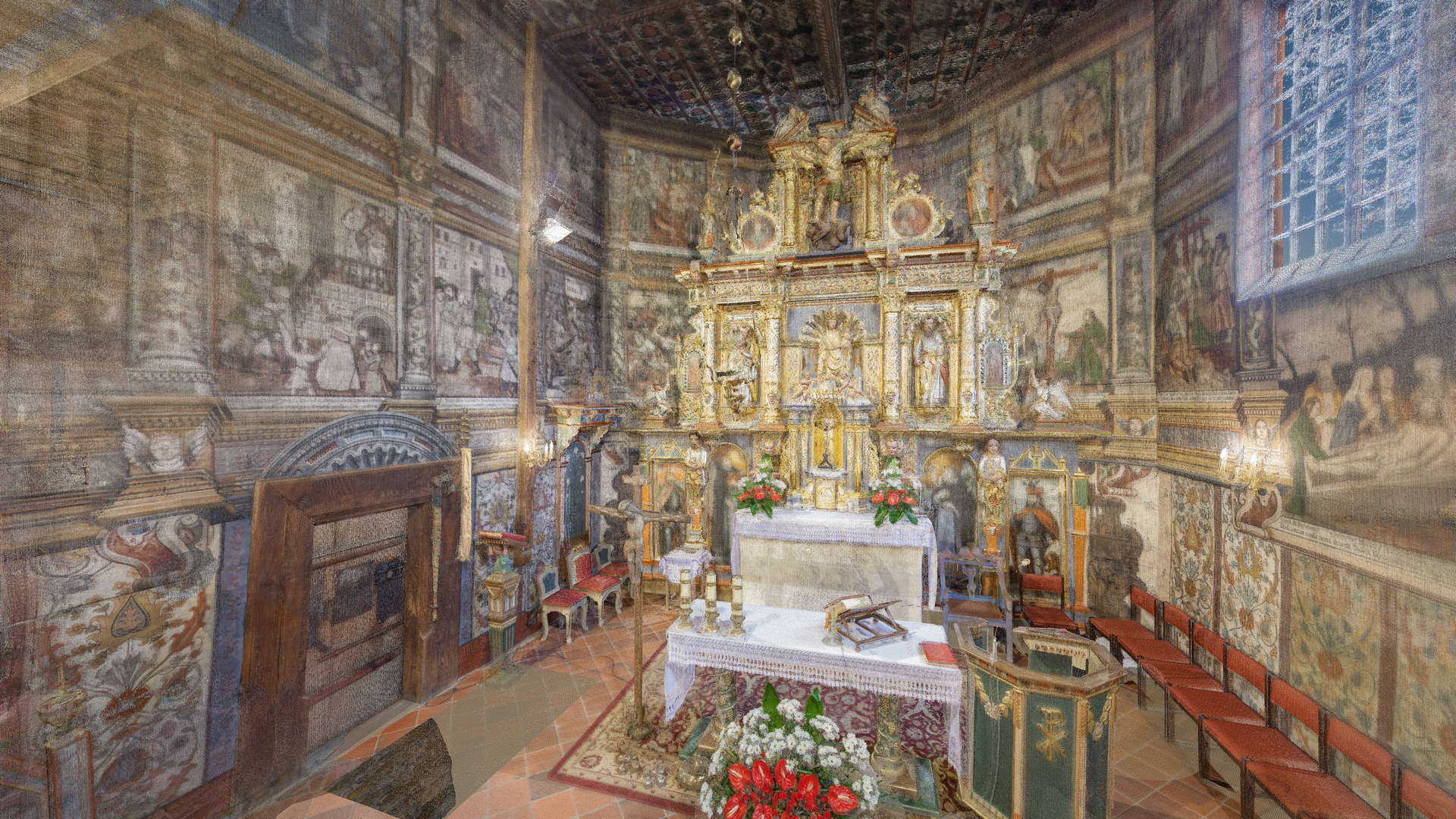 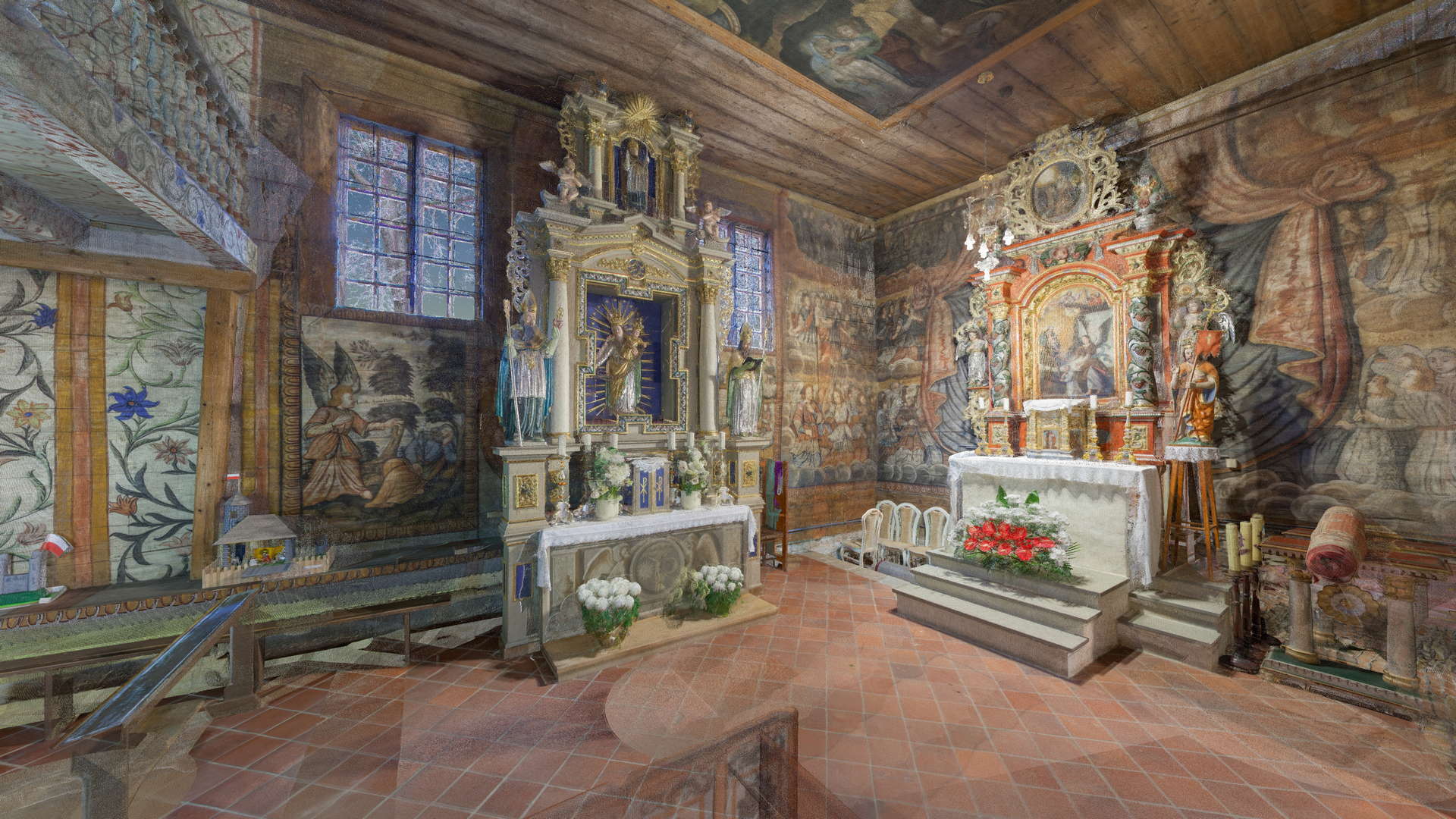 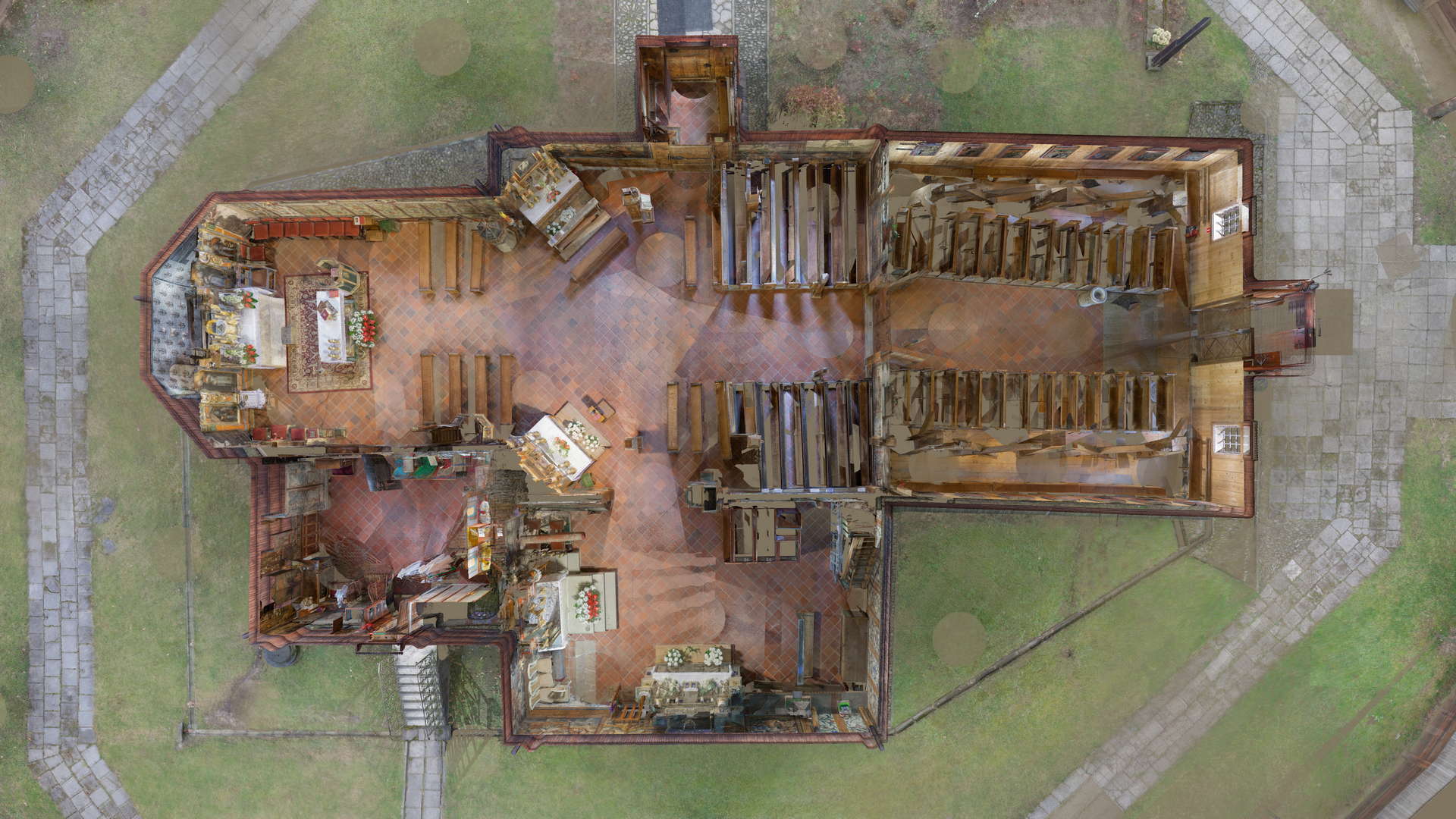