Blizne –
Church of All Saints

Blizne – Church of All Saints

The church in Blizne may have already existed in the 14th century. In 1366, King Casimir III the Great granted the local forest for a village under Magdeburg Law, endowing the church with two łans (old unit of field measurement used in Poland) of field. The village was sold in 1402 to the Bishop of Przemyśl, Maciej, and in 1406 Władysław II Jagiełło made it a village according to German law, while endowing the church with another two łans of field. The church building itself is mentioned in 1470; the current building is generally assumed to have been built in the 2nd half of the 15th century. The building has stone foundations and a log construction (it is a structure built with horizontal logs interlocked at the corners by notching). The ceilings of the nave and of the three-sided closed chancel are on the same level; the nave has zaskrzynienia (extended beams of the upper part of the side walls in the chancel, which is narrower than the nave, forming a support for the timber roof truss that covers the entire church). The original timber roof truss has survived until today and we can find carpenters’ marks on its trusses. The ceiling beams of the chancel are reinforced with hooks.
The windows in the chancel are closed with a late Gothic ogee arch; the portal leading to the sacristy has the same shape.

Its doors have Gothic fittings, although the lock was built earlier, in the 17th century (the padlock bears the date: 1666). The rood arcade has the shape of a lancet arch.

In 1646, a belfry tower (a bell tower with an overhanging substructure that houses bells) was added to the church and this might have been the moment a ridge turret was built (it has not survived to this day; the present one comes from 1745). The western porch in the tower was separated around 1774; the southern porch may have been built even earlier, and the tower was later covered with a cupola.

In 1690, roofed arcades (Polish: soboty) were added to the church, but then demolished in 1811. The original stone floor was replaced at the turn of the 18th and 19th centuries by a wooden floor.

In the 1960s, the outer southern wall of the nave revealed inscriptions partly covered by the southern porch and shingles, resembling chronicles about crucial events in the south-eastern Kingdom of Poland between 1495 and 1690.
In 2003, the church was added to the UNESCO World Heritage List. 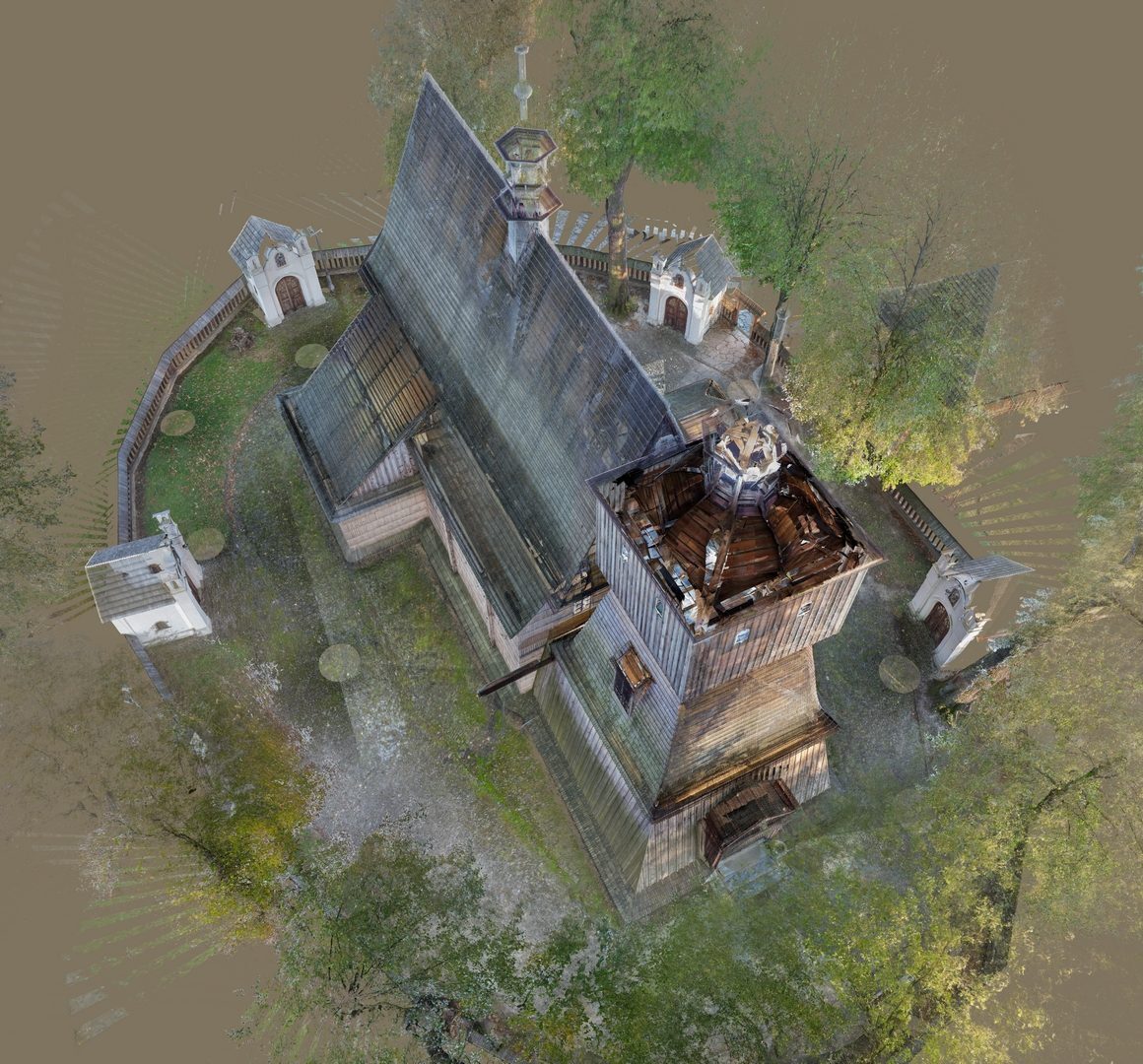 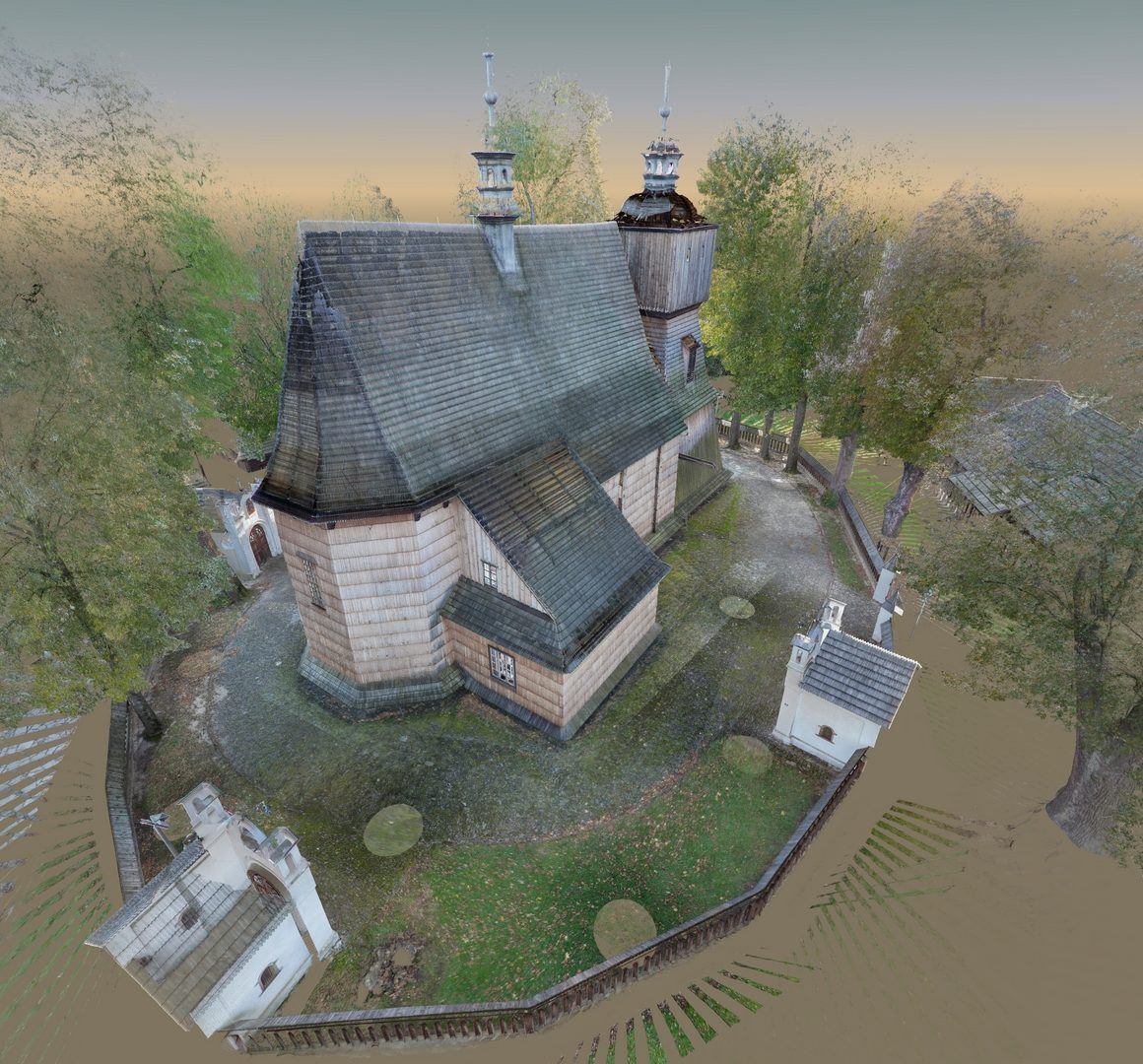 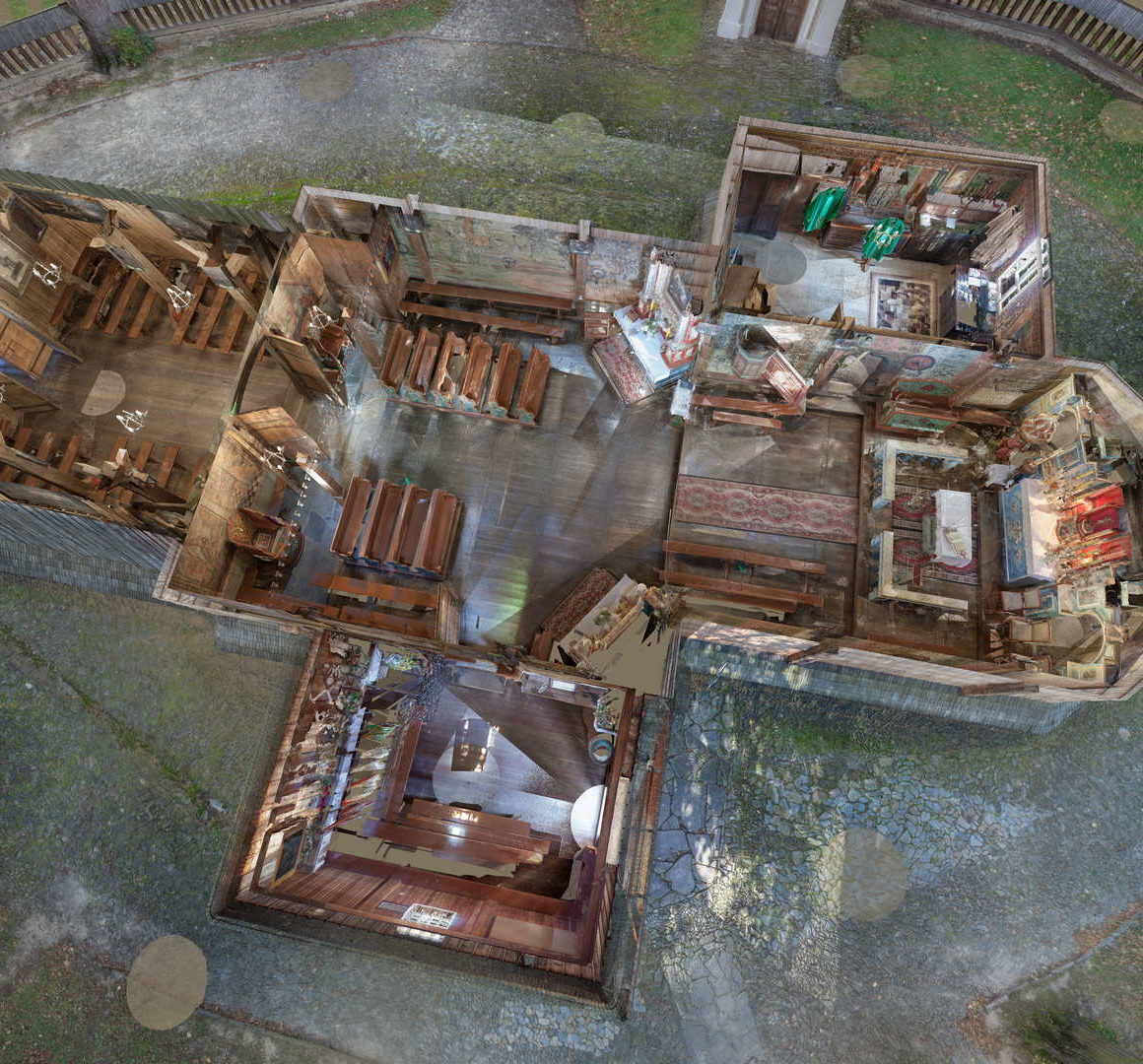 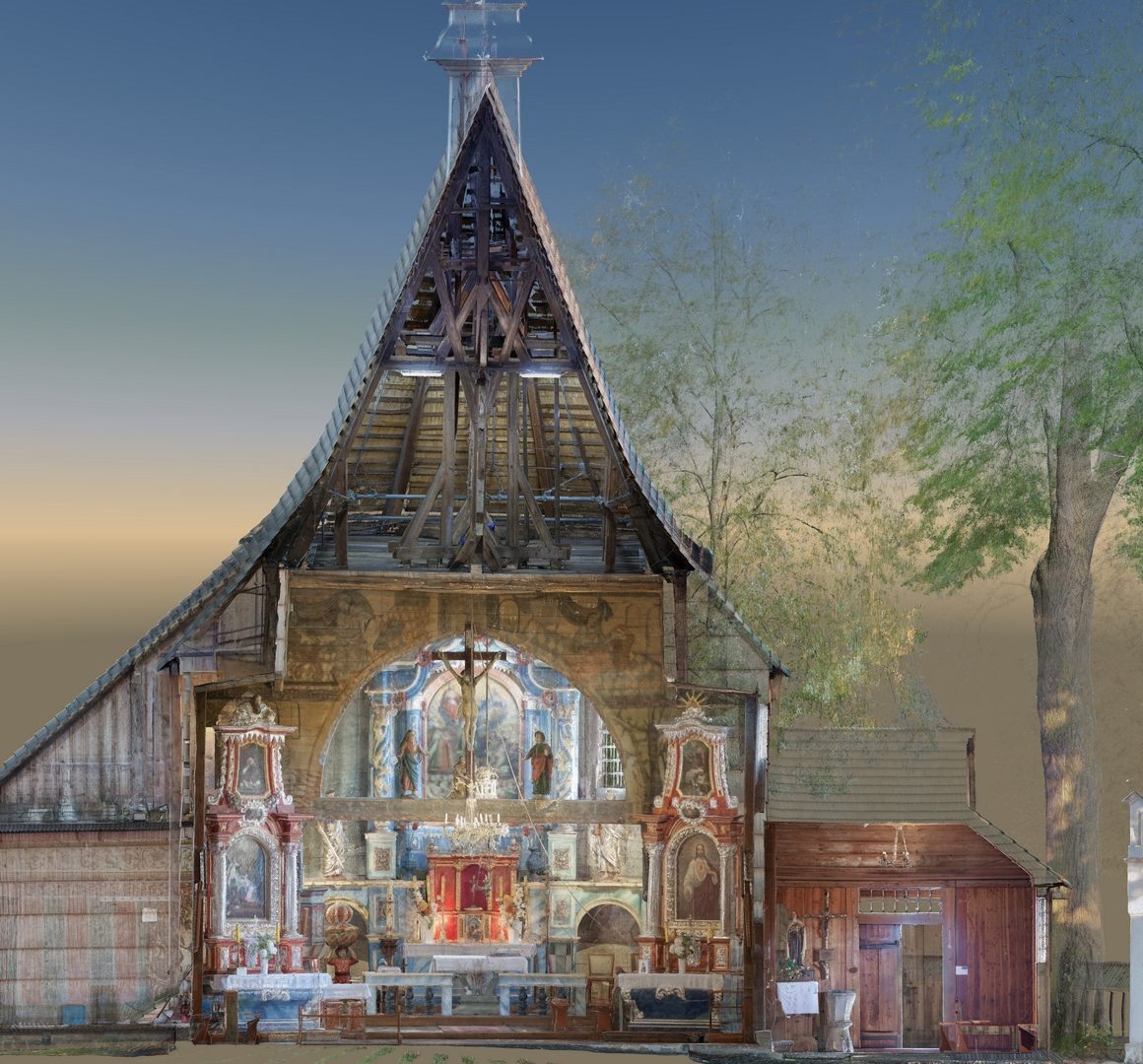 Consecration crosses are the oldest of the decorations preserved inside the church; they are painted encircled Greek crosses showing where the church was anointed in order to be consecrated. In 1549, the entire interior was covered with polychrome; the late-Gothic and renaissance murals in the chancel have survived until today. The lower parts of the chancel’s walls now show a later, ornamental polychrome (ca. 1700), which might be hiding the earlier murals (as evidenced by the uncovered fragments showing a woman’s head). The polychrome was uncovered, renovated, and partially reconstructed in the years 1964-1971.

A 16th-century figural polychrome was used to cover the entire interior of the church; individual scenes were put in rectangular fields, separated by strips of Renaissance ornaments.
The decorations from 1549 include the Passion of Jesus cycle on the northern wall of the chancel (up to the scene of Harrowing of Hell, which is partially preserved), while the eastern wall shows the Resurrection of Jesus, surrounded by currently illegible scenes. The foundation inscription is illegible as well, with the only visible elements including the date ‘1549’ and some kneeling figures (possibly depictions of the donors). The scenes on the southern wall of the chancel have been mostly reconstructed; they include the Crucifixion, the Dormition of the Virgin, the Assumption and Coronation of Mary, Madonna with Child, the Transfiguration of Christ, and the Virgin and Jesus Child with Saint Anne.
The western wall of the chancel, or the rood wall, shows a representation of the Suicide of Judas, and probably the Suffering of Job.

The northern wall of the nave is decorated with a large representation of the Last Judgement, largely reconstructed. The zaskrzynienie above shows the Annunciation, Nativity of Jesus, Jesus at the Temple and the Entry into Jerusalem. The rood wall from the side of the nave shows Four Evangelists, while the western wall above the matroneum is decorated with images of King David from the Old Testament and Saint Cecilia.
The ceiling of the nave has a floral background and shows 15 busts of saints in circular medallions, fastened by strap-like buckles; most of the busts are, however, fully reconstructed. The depiction of Our Lady of the Immaculate Conception is the newest addition and comes from 1970. 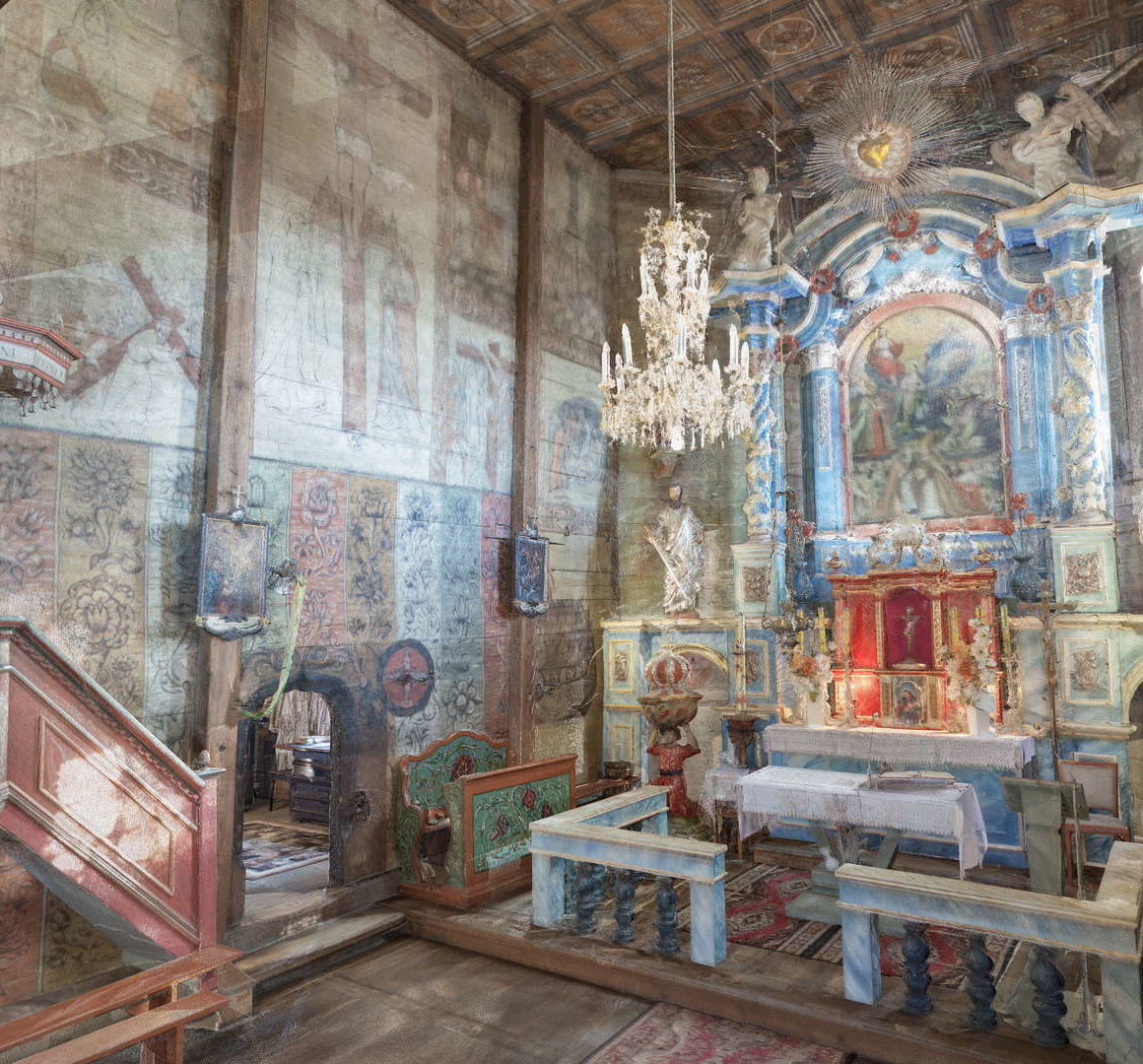 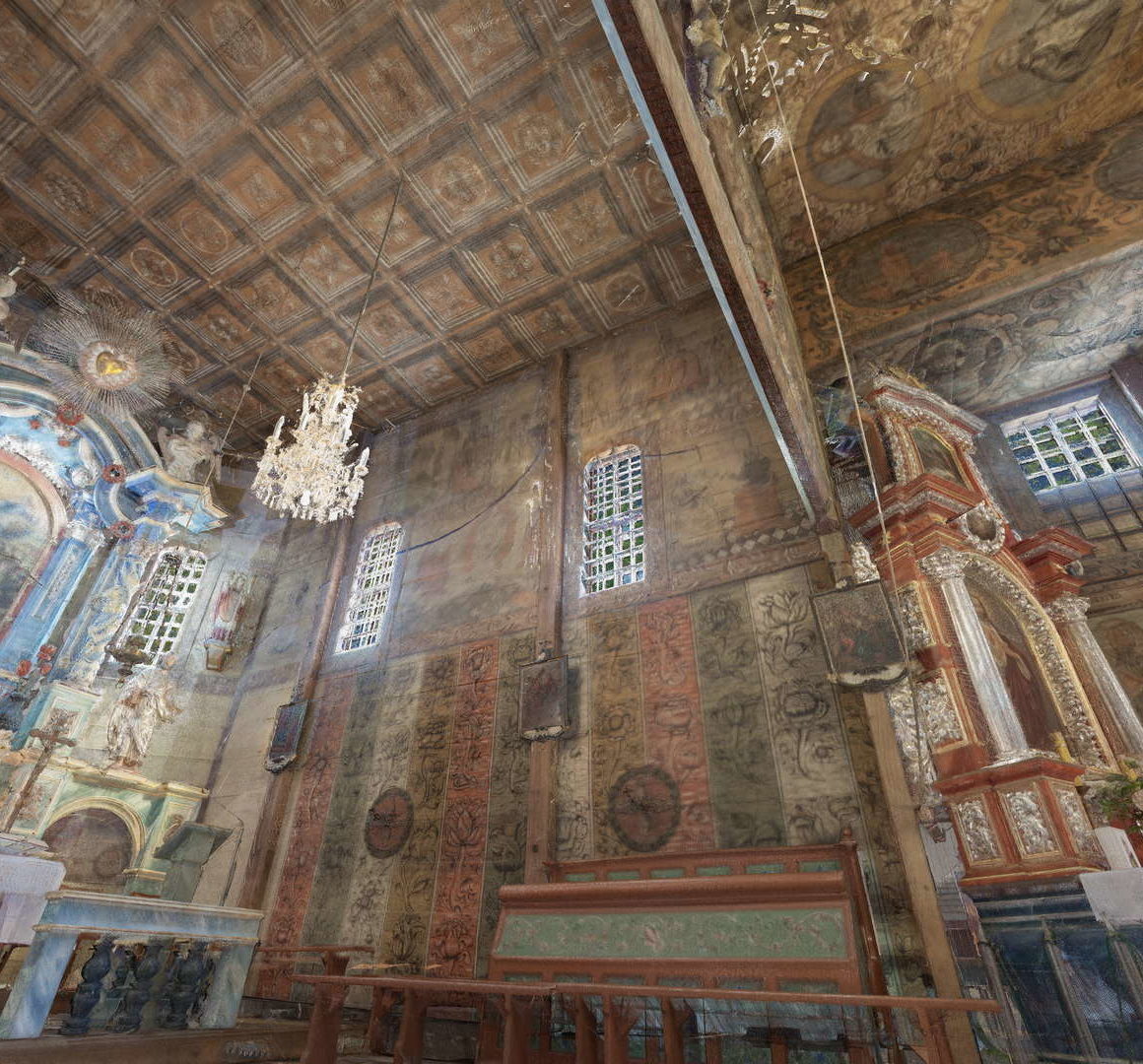 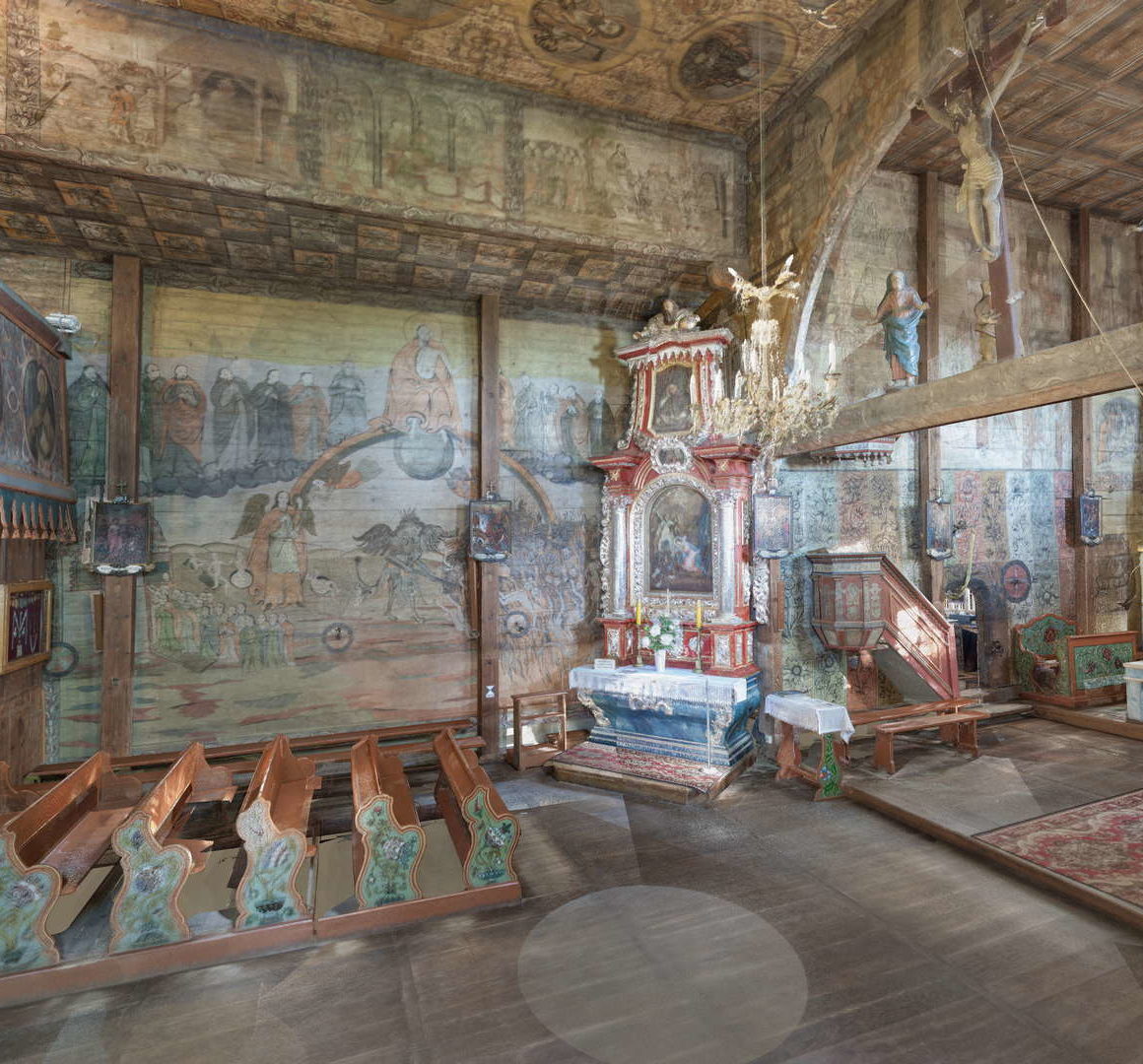 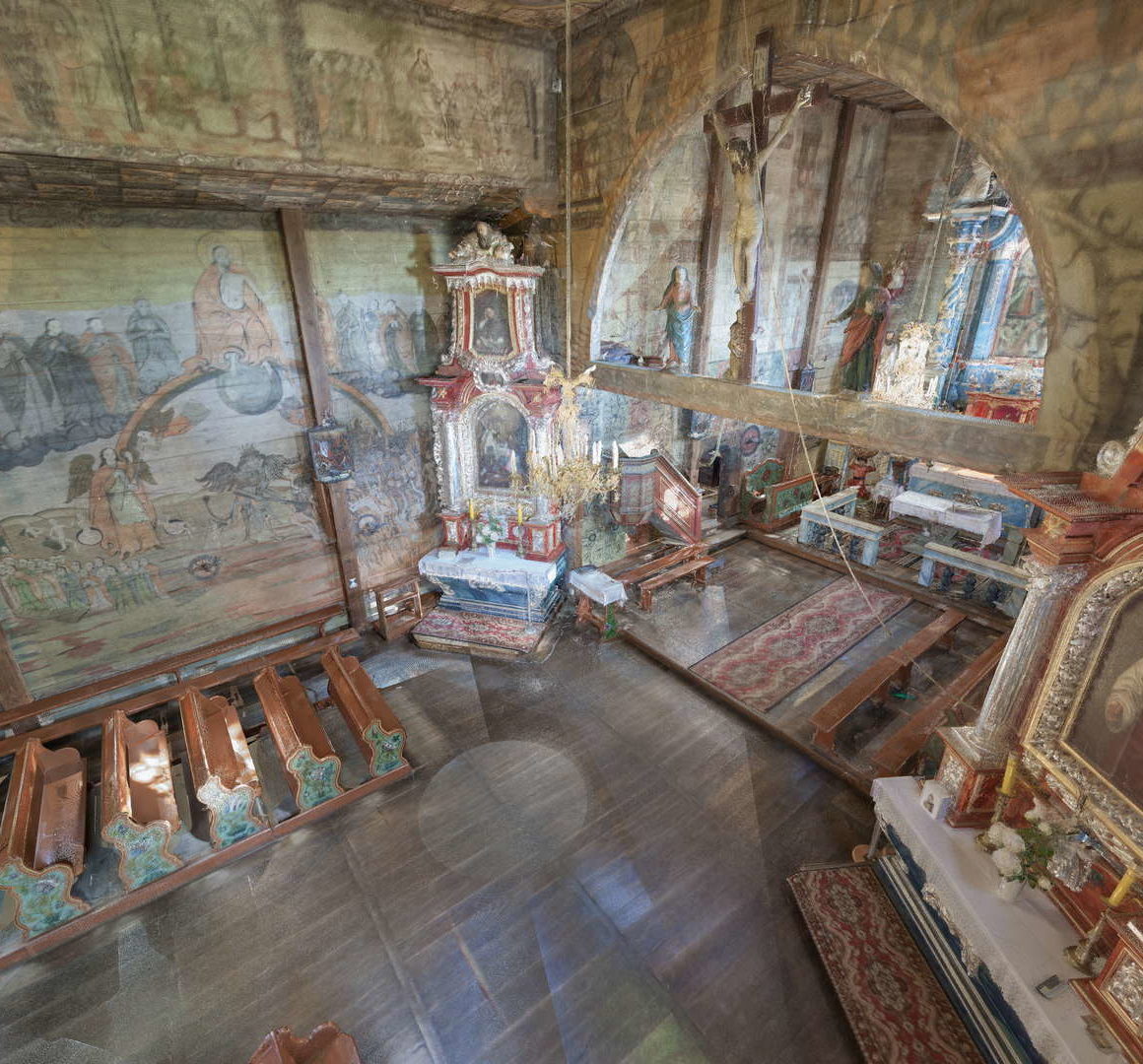 Fun fact – why is the devil grotesque?

The Final Judgement depictions are usually dominated by devils: both in medieval and modern art, the grotesque human-animal demons seem to be more amusing than frightening. The very image of Satan as a human-animal hybrid is rooted in ancient art: the horned and hoof-bearing devil with a tail has its source in mythological satyrs, a hideous half-human half-goat characters. In ancient culture, satyrs embodied unbridled, mainly sexual, drive, and it was that meaning that was transferred into the Christian representations of Satan. Moreover, medieval art would often show evil in the form of wild animals: Romanesque artists in particular would present evil powers in the form of aggressive beasts, real or fantastic. At the same time, however, we should not assume that the exaggerated images, which seem funny to us, were purely terrifying to the audience of the time.

On the contrary, devils in the Middle Ages and in Early-Modern times were often consciously portrayed in grotesque shapes, since ridicule can be a form of condemnation. This depiction of the devil who is a laughing stock, the mechanism of stigmatizing evil through ridicule, would, in fact, be used in various types of public humiliation (e.g. in medieval legislation). By making fun of the devil, one distance oneself from him, being in opposition to him and, ultimately, condemn him. In addition, ugliness (including its exaggerated forms) was simply a symbol of evil; according to the ancient concept that beauty is the embodiment of good. For the same reason, the Passion scenes would portray the perpetrators of Christ as grotesque, even caricaturial, characters. 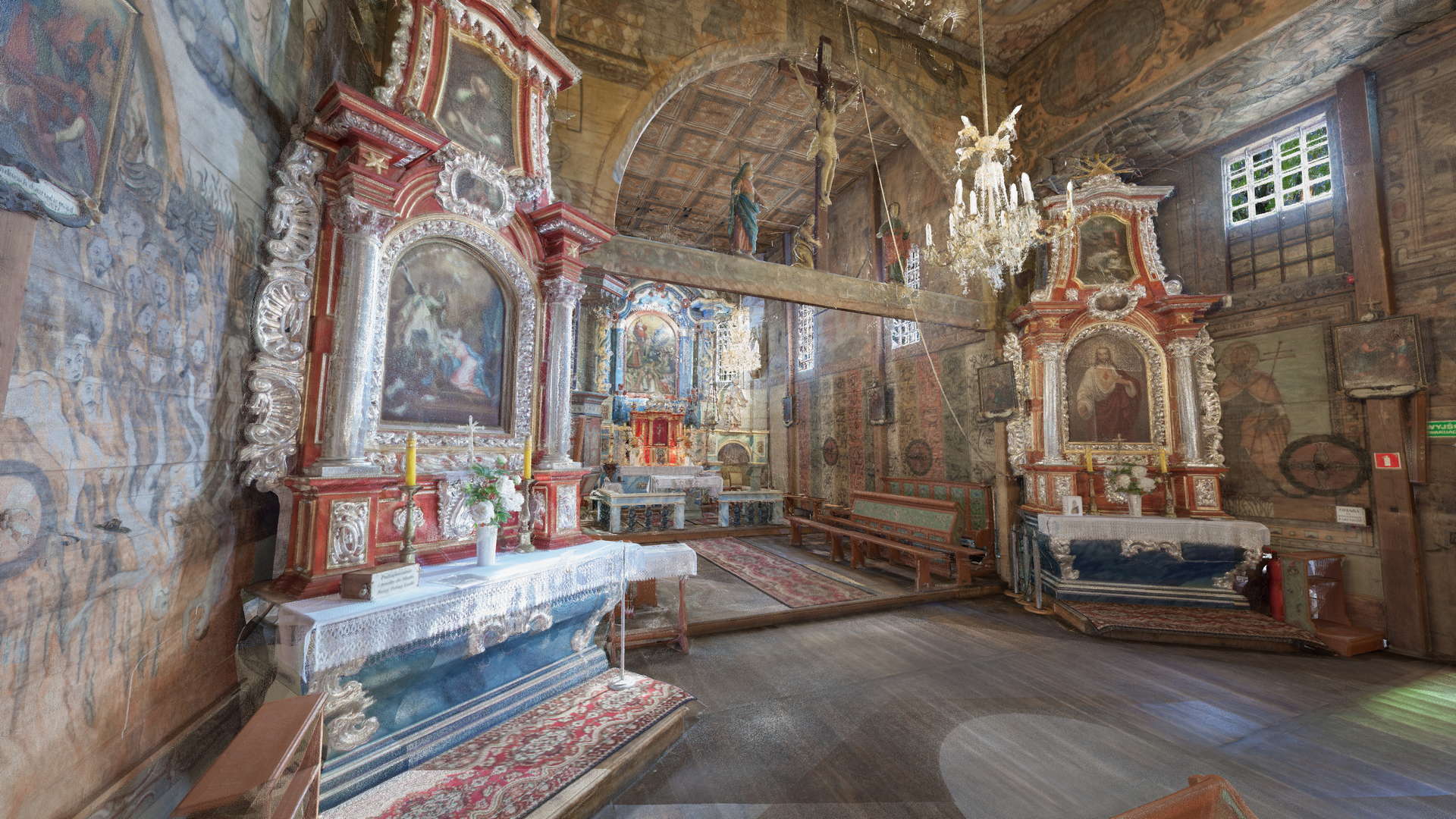 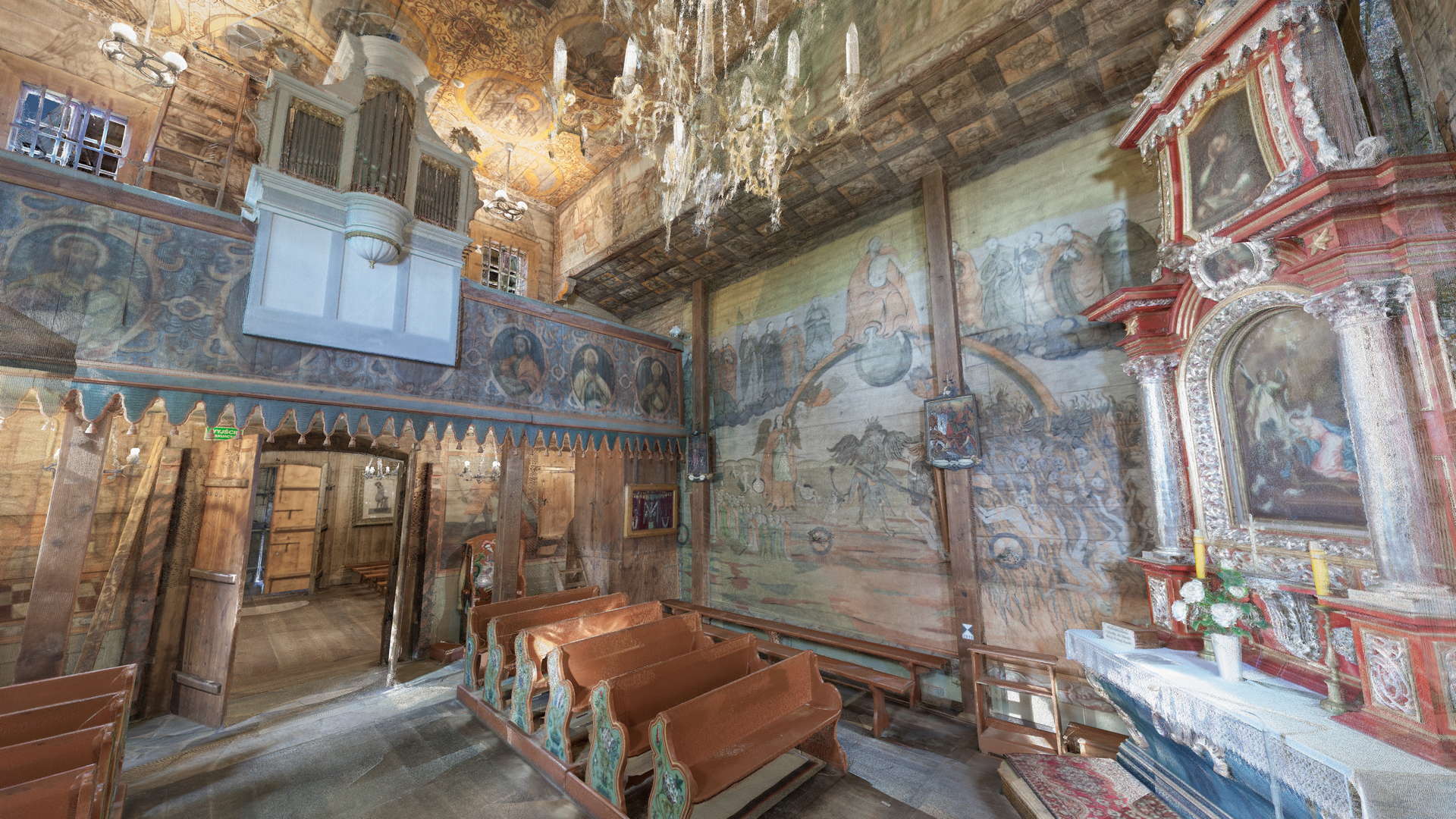 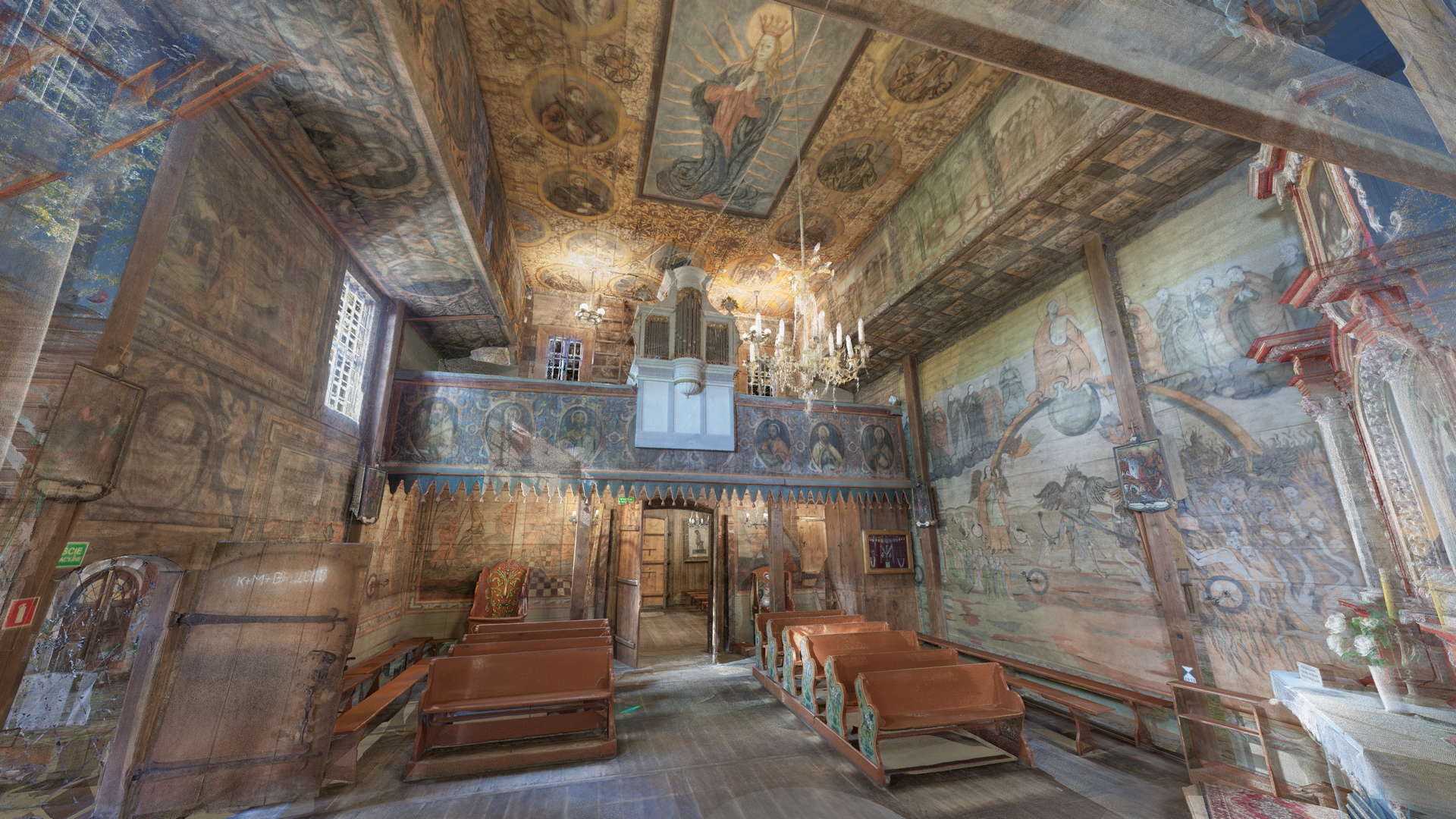